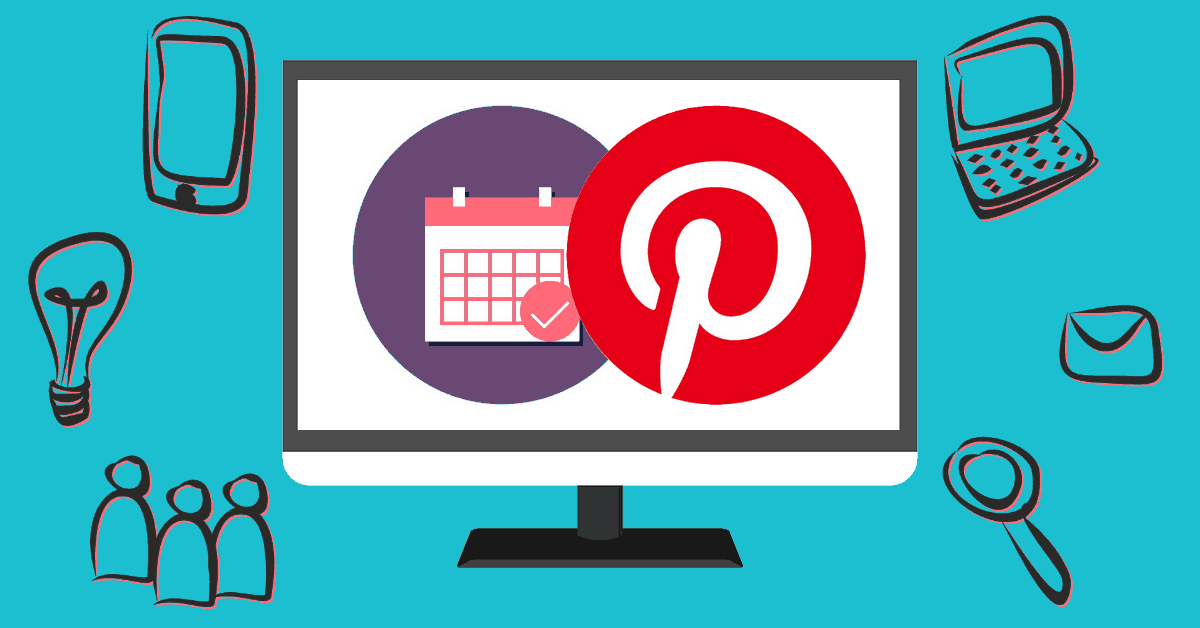 Pinterest seems to really be working on upgrades for the last year, with the best one being out only for a month: Scheduling pins, which rolled out in December 2018. A long-awaited and very missed feature for all Pinterest users.

Pinterest is kind of being overlooked when considering social media marketing, but it has huge potential as all of Pinterest stans very well know. But for some reasons, their support of third-party scheduling tools wasn’t so great, with some disappearing only a few made it through – like Tailwind, which is endorsed by Pinterest themselves.

So imagine my excitement when the line “publish at a later date” appeared and I know I can’t be the only one.

But enough of that let’s look at how it looks and what it can and cannot do.

At first, you proceed as you would normally do, go create a new pin, add your picture, title, description, link and destination board. Before saving the pin you can now choose whether you want to publish it immediately or later. Since we’re learning how to schedule, we’ll go with “Publish at a later date”.

Next, the date and time slots appear and you can pick your time and date of when the pin should go out. After that, there is only one thing to do and that is pressing “Save”.

You will get a confirmation with the possibility to see your pin. The pin is now scheduled and you can find it in the new scheduled pins “folder”, which you can find under the pins tab.

From there you can view your scheduled pins, decide to publish them immediately or delete them.

Limitations of the new scheduling

Aka it works, but its a very basic tool for now…

(Illustrated dates are for scheduling on 28th of January)

I had come across a few problems, that might happen to you too and it’s sure nice to know it’s not only happening to you…

Overall the schedule feature is ready to go, and the issues and limitations seem to be worked on, but don’t throw away your Tailwinds yet! It still has a long way to go, before reaching perfection. Let’s see what can Tailwind do, Pinterest own tool can’t.

Tailwind is a feature-packed scheduling tool and poor tiny little scheduling from Pinterest can’t compare yet. Tailwind can do everything that was listed in the limitations except for the android app – they do not have the app either.

Tailwind is also more complex not only what has to do with scheduling, but also analytics, reporting, suggestions, repinning, recommendations, sharing with tribes and much more. You can check the full list of features on their website.

In conclusion though, as Tailwind is endorsed by Pinterest (they have the status of Pinterest Marketing Developer Partner), I don’t see the new tool ever having all of Tailwind’s features as it would render them useless, which I don’t think Pinterest wants. We can only hope that the limitations are at least lessened (the pin limit most importantly), but who knows, we’ll have to wait and see.

Have you already included the new scheduler to your strategies? Or are you continuing with Tailwind or even manual pinning?

Also please let me know if something that is stated changed if there is anything I missed when it comes to the limitations and issues or just write what would you wish Pinterest added or changed.